On July 18, 2017, LumApps attended our biggest and most important US East Coast event of the year, Google Cloud Summit New York. Clad in yellow t-shirts, around 10 LumAppers represented us, from the American and French teams! 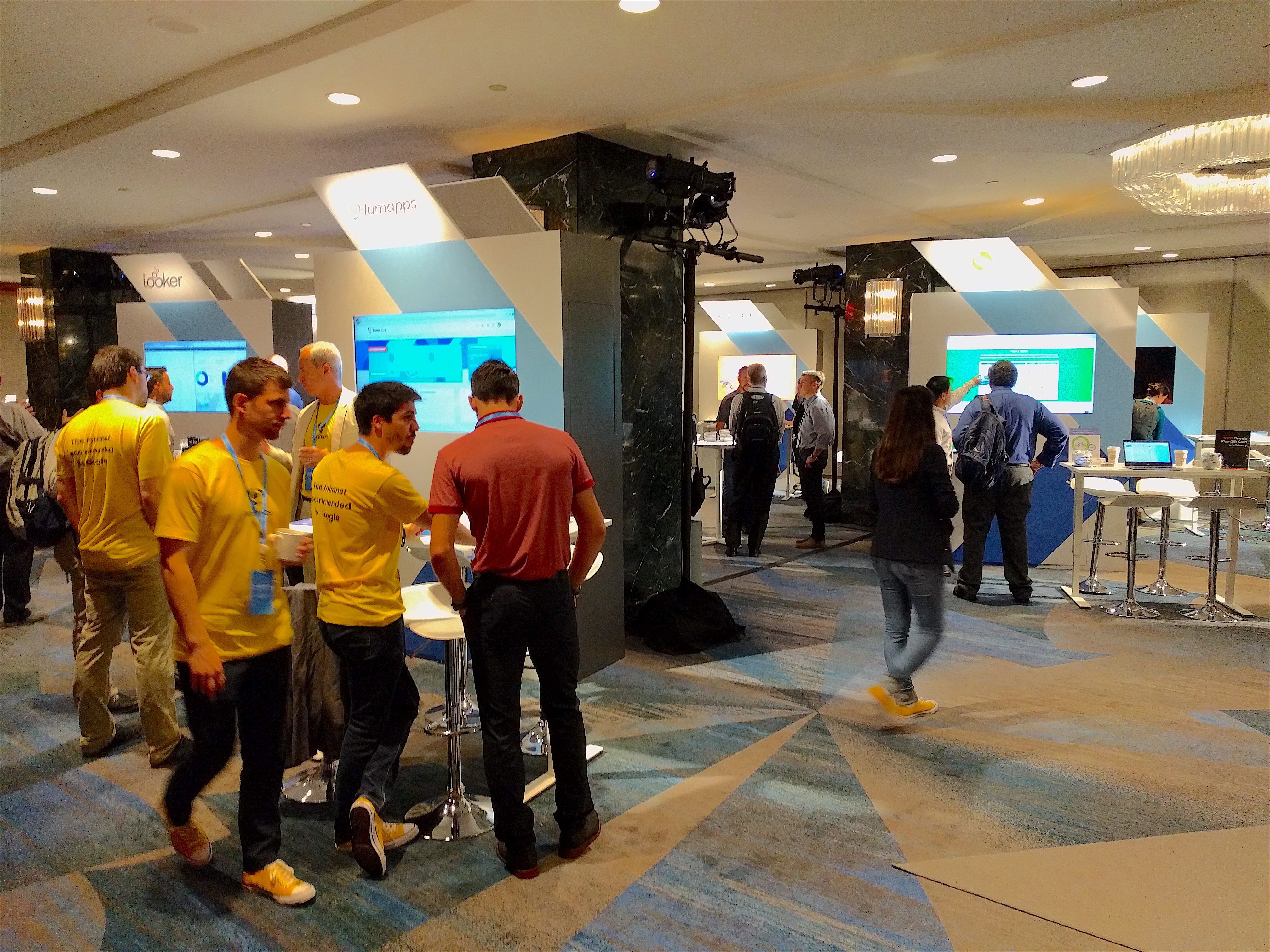 Previously, on Google Next: Washington D.C. 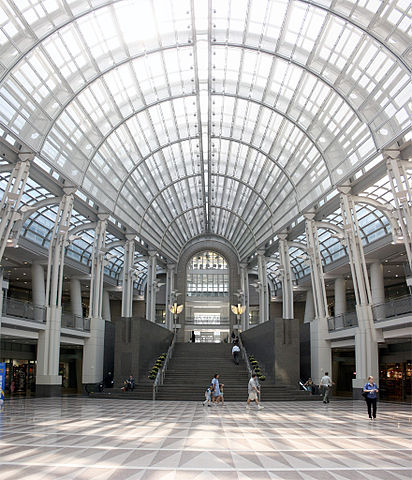 Previously on June 20, a select team of US LumAppers also attended Google Next in Washington D.C. Ideally located near the White House and surrounding government buildings, the event was held at the Reagan Trade Center’s atrium. Accordingly, many of the attending visitors were representatives from federal entities.

Overall, it was a very good show, especially as LumApps was the only ISV presenting onsite. Along with a better position in the DC region, the event brought LumApps some new contacts in US government agencies, many of whom are publicly searching for new internal communications solutions. 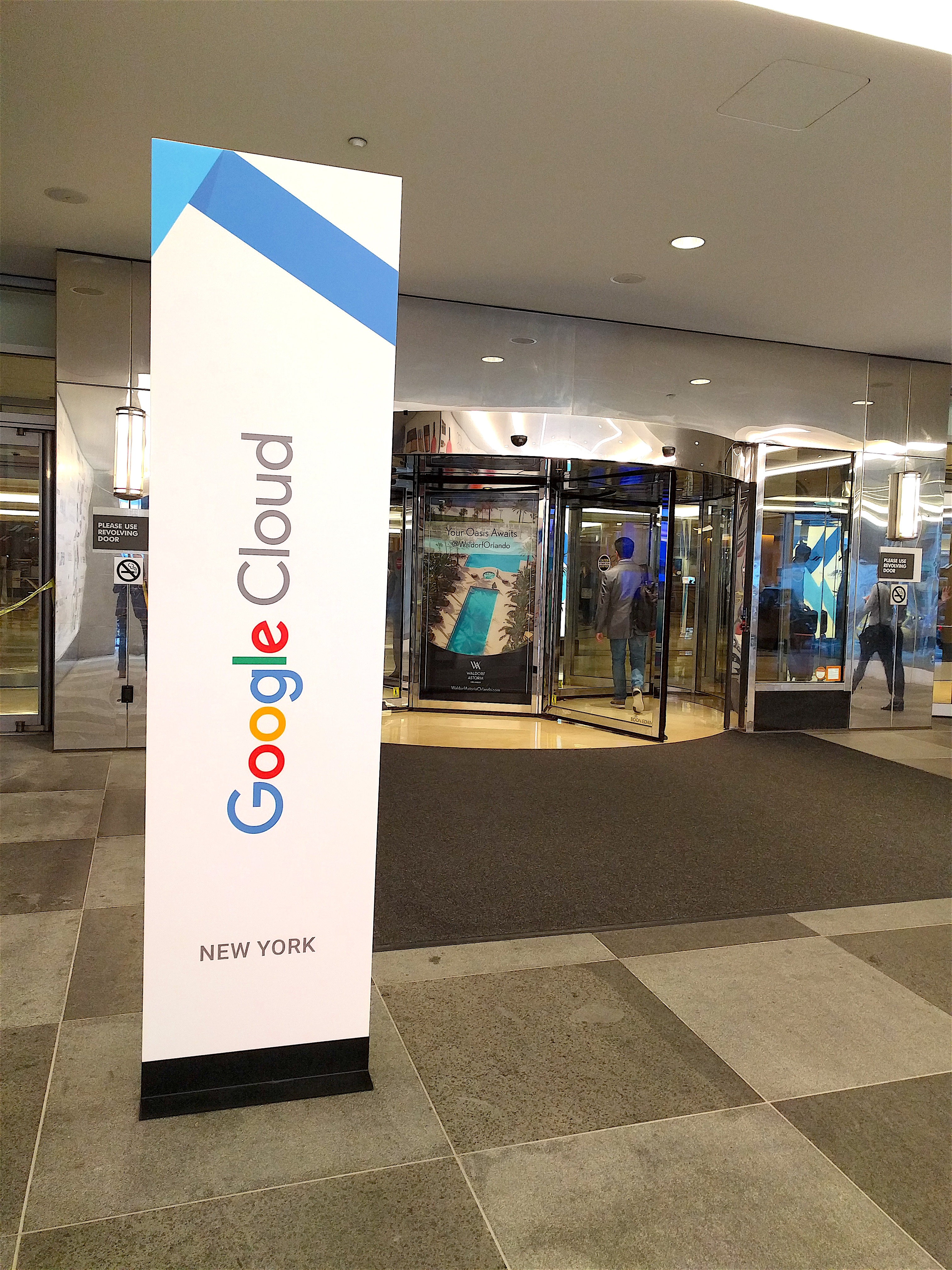 One of the largest Google Next events of 2017, Google Cloud Summit New York promised to be a real game-changer for IT professionals, cloud companies and startups. Held in the Hilton Midtown, the event attracted large crowds, bringing in thousands of attendees from large multinational corporations, including many banks.

In preparation for the big day, Jeb, Danielle and Bradley also attended the Google Partner pre-event the previous day (July 17), a smaller roundtable-type meeting to bring Google Partners together in a more intimate setting.

After the usual Breakfast and Keynote address, the day’s schedule included many roundtables and different conferences, including thematic Breakout presentations, Cloud showcases and multiple G Suite sessions, including a G Suite product roadmap for 2017 and beyond.

As usual, the event was also the perfect opportunity to chat and plan future collaborations with Googlers, Cloud Partners and Resellers. LumApps expects to work closer with Google’s New York team very soon, using contacts established during both recent events. 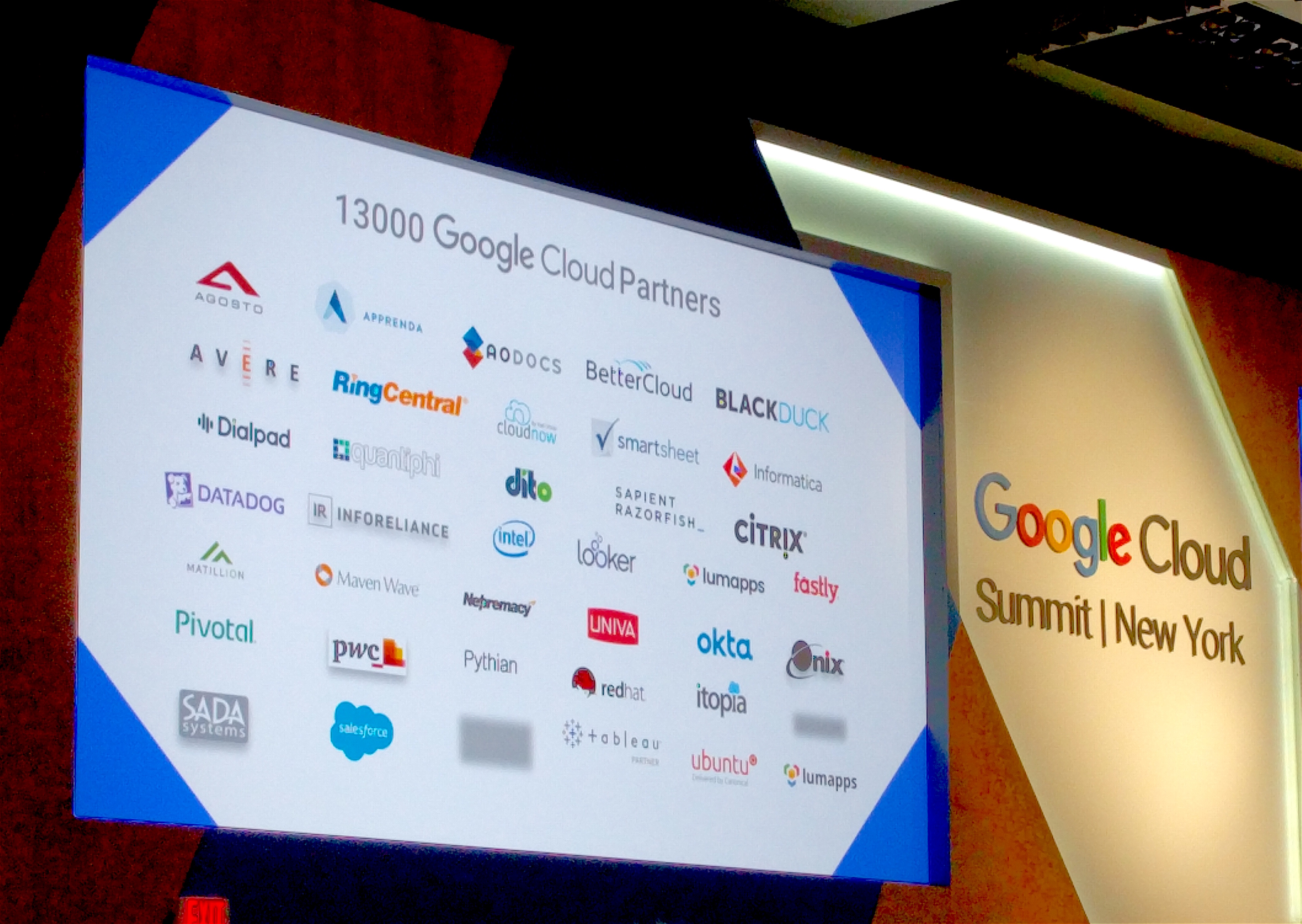 They love LumApps so much that we appear twice… Can you find both logos? 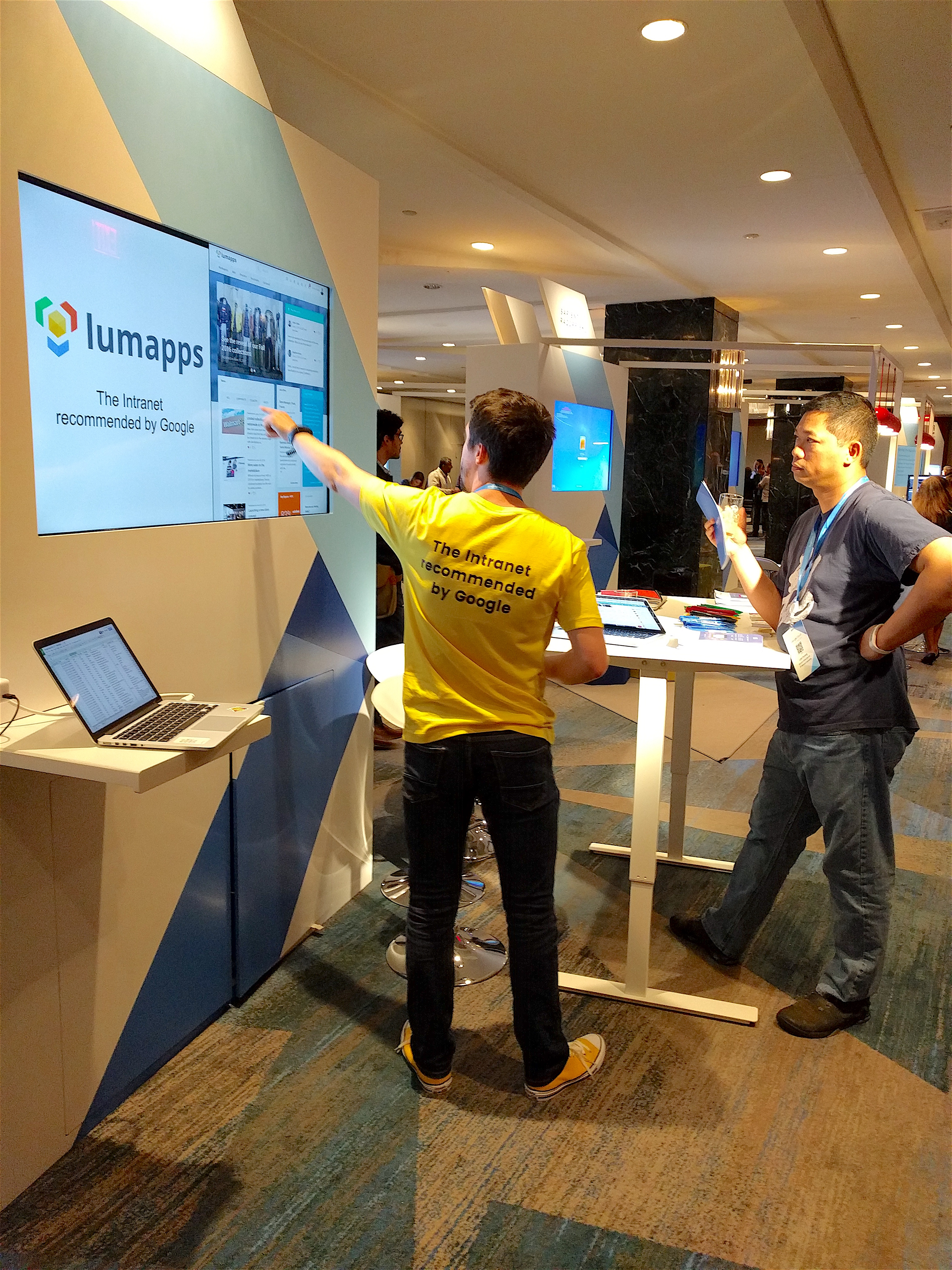 This was the biggest team yet we’ve sent to a Google event… (That is, until our Google Cloud Summit Paris, on October 19! Register here.) Thankfully, our large booth G5 was perfect: very well-placed and easily accommodated everyone.

LumApps is thrilled to have made plentiful and top notch contacts.

Visitors to our booth left with all the goodies, which we plan to upgrade for our upcoming Cloud Summit events – so make sure to stop by!